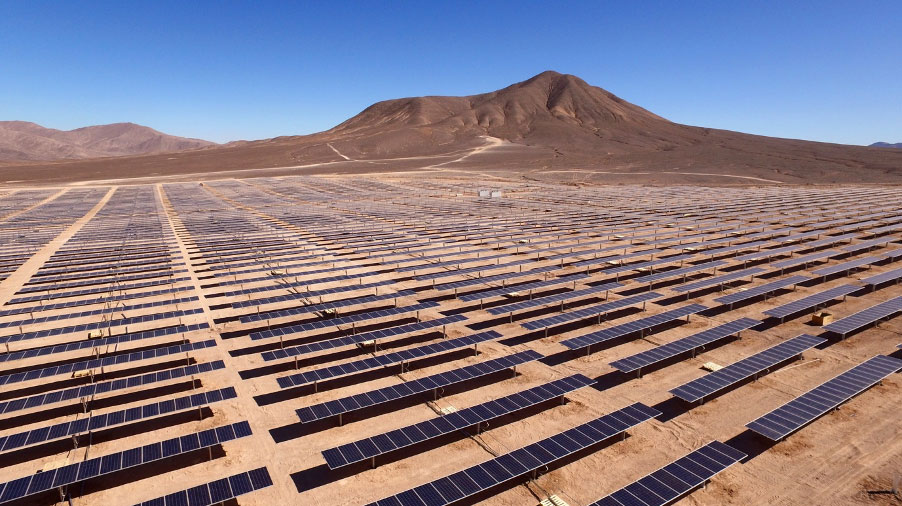 The Benefits of Solar Power

When it comes to Solar Power in Africa, South Africa has taken the lead. We have a golden opportunity to become the key player in this rapidly growing industry. Solar energy is an unlimited source that doesn’t produce CO2 emissions or other harmful gases because it does not consume fuel or need any other resources such as water or wind. We receive more than 20 000 times the amount of energy we need from the sun to power the entire world. The benefits of solar power by far outweigh any negatives. Environmental protection is but one benefit – there are numerous other benefits of solar energy that are not as obvious but are just as vital when considering to make the switch to a renewable source of energy.

Out of all the benefits, solar energy truly is a renewable energy source. The sun provides more energy to meet the entire world’s energy needs and unlike fossil fuels, we won’t run out any time soon. We will have access to solar energy as long as we have the sun which can be harnessed in all areas of the world and is available every day. The best thing about using renewable energy sources is that we do not compromise the power needs of our future generations. After solar panel installation, the operational costs are quite low compared to other forms of power generation. Fuel is not required and solar panels can generate large amounts of energy without the uncertainty and expense of securing a fuel supply. Solar energy is a clean source as no greenhouse gas emissions are released into the atmosphere – the sun provides more energy than we will ever need and as such constitutes a very important energy source in the move to clean energy production.

2. Gives you Freedom and Control Over Electricity

Perhaps the biggest drawcard in South Africa, where we run the risk of load shedding on a daily basis, the freedom that solar power gives you is next to none. Not only can you decide how much power you generate, store, and use, you are also always in control of its maintenance and dependability. A solar power system consisting of solar panels and battery storage ensures that your home is powered by rooftop solar panels during the day and by energy stored in the battery at night. By adding a home battery solution to residential solar panels you can store enough electricity to power your home through peak usage hours, thereby giving your household the freedom to control your family’s electricity.

Sunrise and sunset is extremely consistent and we know (all across the world) exactly when it will rise and when it will set. While clouds might be a little bit less predictable, we do have relatively good seasonal and daily forecasts for the amount of sunlight that will be received in different locations making solar power a very reliable source of energy.

Solar power creates energy independence. The “fuel” for solar panels, being the sun, cannot be bought or monopolised. It is free for all to use. Yes sure, you have to install a solar power system before you are able to utilise to sun for the generation of electricity, but once you have made the switch, you have an essentially independent source of electricity that is all yours. Not only is this important for individuals, but also for cities, provinces, countries and even companies. The price of electricity is expected to rise in the coming decades as many old power plants will have to be replaced with new ones (which is very costly). Going solar fixes your price of electricity for decades to come!

3. Reduce your Electricity Bill Dramatically and Give Your Property more Appeal

The more energy your solar system produces, the less you will need from the supplier which will increase your energy independence. A solar system typically has a 25-30 year lifespan which in essence means that you can reduce your electricity costs for decades by going solar.

Give Your Property More Appeal

The undeniable benefits of having solar power installed at your home does not at this point seem to have a significant value on the resale value yet, says various Seeff experts from around Gauteng. While energy-saving features can make your home more attractive to buyers, especially in a crowded market, it does not necessarily increase the value of your home. In a buyer’s market, where buyers are relatively spoiled for choice, green energy features could definitely be a value add and set one home apart from the other.  Consumers are not fully informed yet on the various aspects of solar panels and as a result, it is not something they are actively seeking when looking at buying a house. Chris Hajec from Seeff, Randburg stated however that “In a market where technology is more pervasive and consumers are more eager it would have a corresponding uptick in desirability and value.” There is no doubt that, against the backdrop of continuous load shedding in this country coupled with the monthly amount you can save on your electricity bill, solar power will most certainly have an impact on the value of your home in the near future.

From 1 January 2016, an amendment to Section 12B of the Income Tax Act (Act 58 of 1996) allows for depreciation in the year of commissioning of the full (100%) cost of a grid-tied solar PV system of less than 1 MW used for electricity generation by a business in the course of its operations. In short, you can claim 100% back of the total cost of your solar installation.

Solar energy has the least negative impact on the environment if compared to any other energy resource by virtue of the fact that it does not produce any greenhouse gasses. Solar energy also doesn’t pollute the water and it requires very little water in fact for its maintenance, unlike nuclear power plants, for example, needing up to 20 times more water for maintenance. Global warming threatens the survival of humanity as well as countless species on earth. Solar power helps to slow global warming – it is clearly one of the most important solutions to the climate change crisis.

There are various jobs that can be created from the solar energy sector:

The production of clean energy from the sun dramatically reduces costs as it is an inexhaustible source of energy that is not subject to market fluctuations or any effects generated by speculation. Solar power does require a significant initial investment, however, it is offset by the rapid amortisation of the investment. Solar power is an unlimited and continuous source of energy that does not require a lot of maintenance or operational costs.

Solar energy does not require an outside supply to work resulting in maintenance and energy production costs being practically zero. The only costs associated with solar energy is the manufacture and the installation of the components. Despite the rather large initial investment, there are no significant additional costs associated with the system’s use resulting in the installation cost being recovered quite quickly,

Solar power systems do not require a whole lot of maintenance. What you do need to do however is to keep the solar panels relatively clean, so cleaning them a couple of times a year will most likely do the job. You can also rely on specialised cleaning companies, which service is often offered by the company who installed the system. The most reliable solar panel manufacturers offer a 20-25 year warrantee. Apart from the inverter (which is usually the only part that needs to be changed after about 5-10 years as it is continuously working to convert solar energy into electricity), you will need to maintain the cables to ensure the entire solar power system runs at maximum efficiency. After the initial cost of a solar system, you can expect to spend very little on maintenance and repair work, and even more so if you choose a reputable installer with a quality system.

The simplicity of the installation of a solar system means that, as long as there is sunshine, it can be installed almost anywhere, taking advantage of both vertical and horizontal spaces with no particular use. It amplifies the possibility of providing electricity in remote locations, where the cost of installing distribution lines is to very high. Further to the aforegoing, the modularity and flexibility of a solar system, facilitates the installation of small-scale projects with the additional advantage that the system can be expanded depending on the needs at any given time.  There is a vast amount of people with no access to electricity – independent solar power systems can be deployed in those areas which will improve the lives of millions of people.

9. Solar Power is a Secure Investment

Utility companies are notorious for their fluctuating and unreliable electricity prices, which, judging by the latest trends, will only continue to increase. With a solar power system and simple math, we can calculate how much electricity will be generated, at what price, for at least the next 20 years. It is a safe investment for a lot of people because of the limited risk involved. Here are 6 reasons why a solar power system can be regarded as a secure and safe investment:

Sunlight cannot be turned into a monopoly – no one can go and buy the sun! This coupled with the simplicity of solar panels provides a notable advantage of energy security.